Welcome to the May 2021 NYC e-bulletin

The weather has managed to affect the Frostbite challenge three times now!

Please email commodore@newhavenyc.org.uk  if you are interested and for further details and updates nearer the dates. 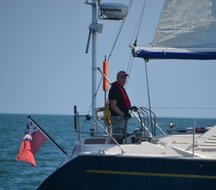 Welcome to the May edition of the NYC e-bulletin.

I’m wondering how many of you have been to sea yet? I visited the marina on the recent May Bank Holiday Monday, but instead of sailing I ended up lashing the boat down due to the onslaught of the wind and rain. Never mind, hopefully better weather is on its way so we can get out on the water, and that the second May Bank holiday will be kinder to us for our Eastbourne rally.

On that note, the calendar of sailing events for 2021 will be with you soon. It’s a little later this year as your committee have been closely monitoring government and RYA guidance, but we have some interesting events for you.

We’ve received a good response to the member survey; if you’ve not already done it, if you can spend 10 minutes completing this (by Sun 16 May), that would really be appreciated, and will help your committee with forward planning.

I look forward to seeing you at an event soon.

Our Eastbourne Rallies have always been very well attended and are a great chance to get together.

It was built in 1971 on the beach in Newhaven. The concrete structure consists of a large platform/helicopter deck and accommodation below for the three fulltime keepers who worked there until it was automated in 1994.

The structure is due be completely decommissioned, clearing the seabed, though no schedule has yet been set. 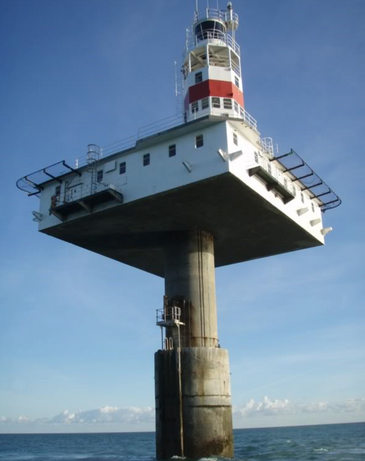 Details to be finalised

Details to be finalised

As usual all subject to weather and Covid-19 restrictions.

Richard Mitchell recently stood down as Buddy Scheme coordinator after many years of involvement.

I’m sure everybody would like to join the committee in thanking Richard for his sterling service and efforts in developing the scheme that has provided many people with opportunities to sail.

We wish him fair winds and good sailing in the future.

The UK leaving the EU meant that boats arriving in France from the UK or Channel Islands are required to sail to one of a small number of "Ports of Entry" (mainly the ferry ports) and search out the relevant authorities - usually the Police aux Frontières - to register the arrival of their boat and crew.

This same process of going through a Port of Entry would also be necessary before departing France for the UK or Channel Islands (or indeed any non-Schengen country). This presents CA members, and other sailors coming from the UK to France, with a potential problem for many passages.

Two of the CA's HLRs have been aware of this extra challenge to cruising for sometime and have been working with the local marinas, the marina associations and local officials to try to simplify it.

Now, as a result of their efforts, the French government has announced a process to allow entry at any French port. A form is now available from web sites which can be downloaded, completed and submitted by email to the local administrative Port of Entry prior to arrival. Providing all is acceptable then boats may enter another port. This is already underway for Le Havre and other ports will follow on rapidly.

This is a significant improvement and removes a major hurdle for boats visiting France. We are all grateful to the CA's Honorary Local Representatives (HLRs) Keith Martin in St Cast and Magali Hamon in Cherbourg for their efforts on our behalf.

As an example see the attached form from the Le Havre web site. Note this must be completed for each crew member.

Further details on the detailed process and the web address for the relevant forms will be on the CA web site as soon as possible.

Many thanks to Stew & Chris Proud for passing this information to us.